Holly Blacks nieuwe boek over Maleficent: Heart of the Moors 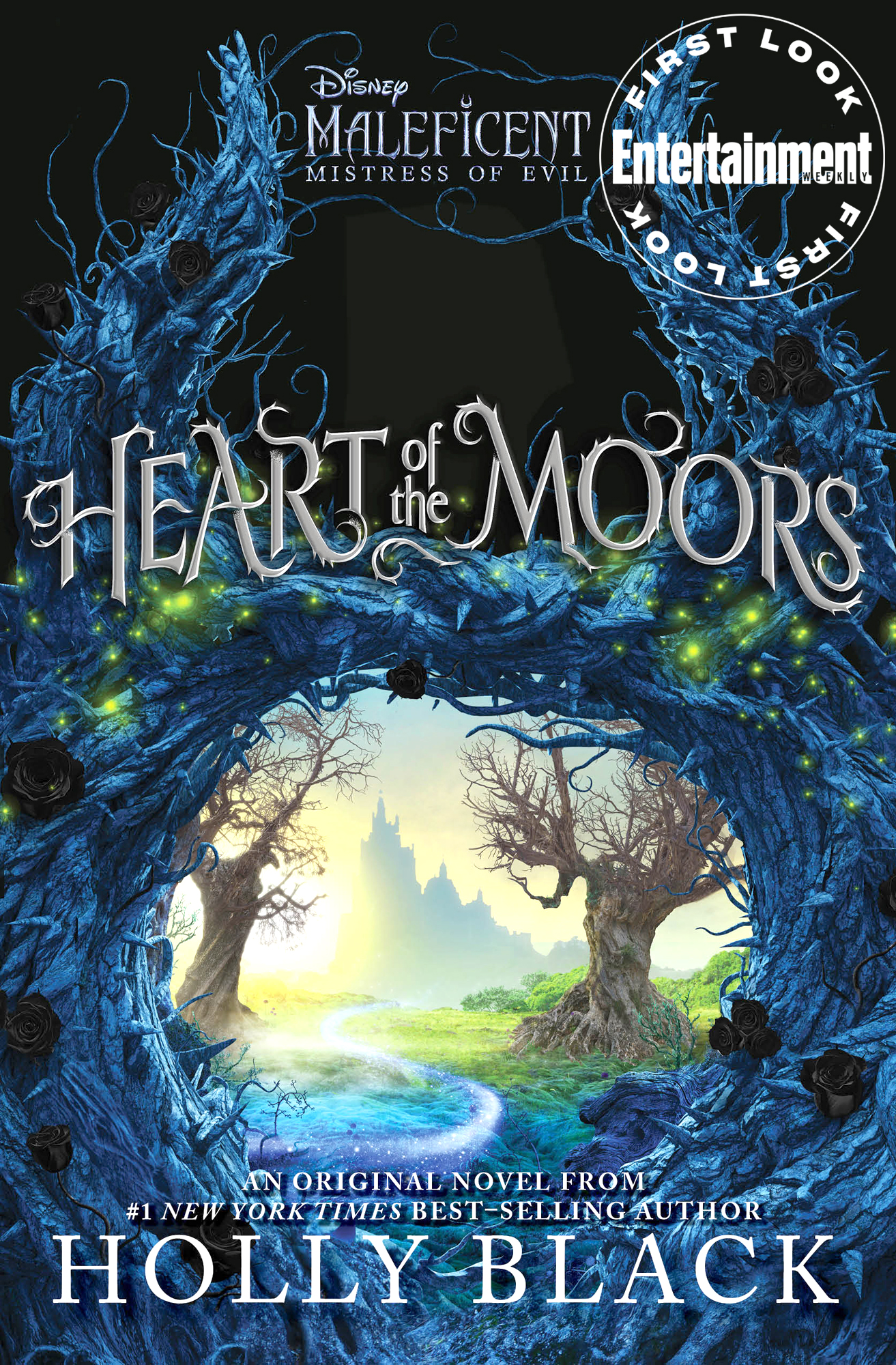 The faerie absently stroked her golden hair, and Aurora sighed. “Do you think that I would have turned out horrible if I was raised in the palace? Would I have hated faeries?”

“I think you were born with a generous heart,” Maleficent said, “and no one could have made you otherwise.”

“Would I have been frightened, then?” Aurora continued, thinking of the girls her own age who had been among the townsfolk and the farmers.

“You were never afraid of anything. Even when you ought to have been.”

They dined inside the conjured palace of vines and moss, at a table of gnarled wood. Stacks of honey cakes, a pitcher of cream Aurora hoped wasn’t stolen, and duck eggs were all spread out on dishes and bowls of black clay.

When Aurora was full, she lay on her back on mossy cushions and looked up at the stars through a screen of vines.

“You must like this place,” Maleficent said, lifting a single brow, “a little.”

“Of course I do,” Aurora said, stretching out her arms. “I love it. And I love that you made it for me.”

Everything felt like it had before Aurora discovered whose daughter she was, what Maleficent had done, and what had been done to her.

She slanted a look at her godmother, who had come to rest on another cushion. She was different with wings. She took up more space yet also seemed to have a new lightness in her. Aurora had never realized how confined she must have felt, being forced to walk on the ground as Aurora did.

There were many things she hadn’t realized.

Aurora thought of the meeting she’d had with the villagers that afternoon and Phillip’s strange expression. This was the day they were meant to go walking, but he’d never appeared to escort her out, so perhaps he was displeased in some way? The thought bothered her more than it should. She wished she could ask for Maleficent’s advice, but she was pretty sure she knew what her suggestion would be.

Cook his heart over a spit. Roast it well. Then discard it.

“Would you like me to make up your bed for you, as I used to when you were a child, beastie?” asked Maleficent.

Aurora grinned at the old nickname. “Yes.” It would be good to be away from the Perceforest castle, away from the smoke and the iron and the constant feeling that someone was waiting to corner her.

When she was younger, she had slept in a spider-silk hammock hung from the branches of an enormous tree. But that night she had a magical bed in a leafy bower.

Aurora climbed in, under piles of blankets of faerie workmanship, each one almost impossibly warm and light.

But a few hours later, while Maleficent dozed on a divan, wings folded as tightly against her back as a bird’s, Aurora was still wide-awake.

She willed herself to rest, but as her eyes drifted closed, her whole body jerked awake in nameless terror. After several attempts, her heart was beating so wildly that she knew sleep wasn’t coming. And if she wasn’t careful, Maleficent might discover her trouble. Aurora knew it would make Maleficent feel awful. Aurora wanted that least of anything.

As quietly as she could, she slid from the bed. She didn’t bother looking around for her shoes or even pulling on her overdress. She hurried down the stairs and out of the palace. The moss under her feet was soft and cool and a little damp. The breeze was warm. She began to walk. In the starlight, gems shimmered beneath the waves. She saw wallerbogs snoring gently, sleeping beneath blankets of mounded leaves.

On she went, until she was almost at the edge of the area where there had once been a barrier between the Moors and the human lands. There she heard a sound, too large for a possum and too tentative for a bear. At first she thought it might be a deer come to nibble at the new green leaves.

By the time she realized it was a human, he was too close for it to matter if she screamed.