Waar gaat The Betrothed over? 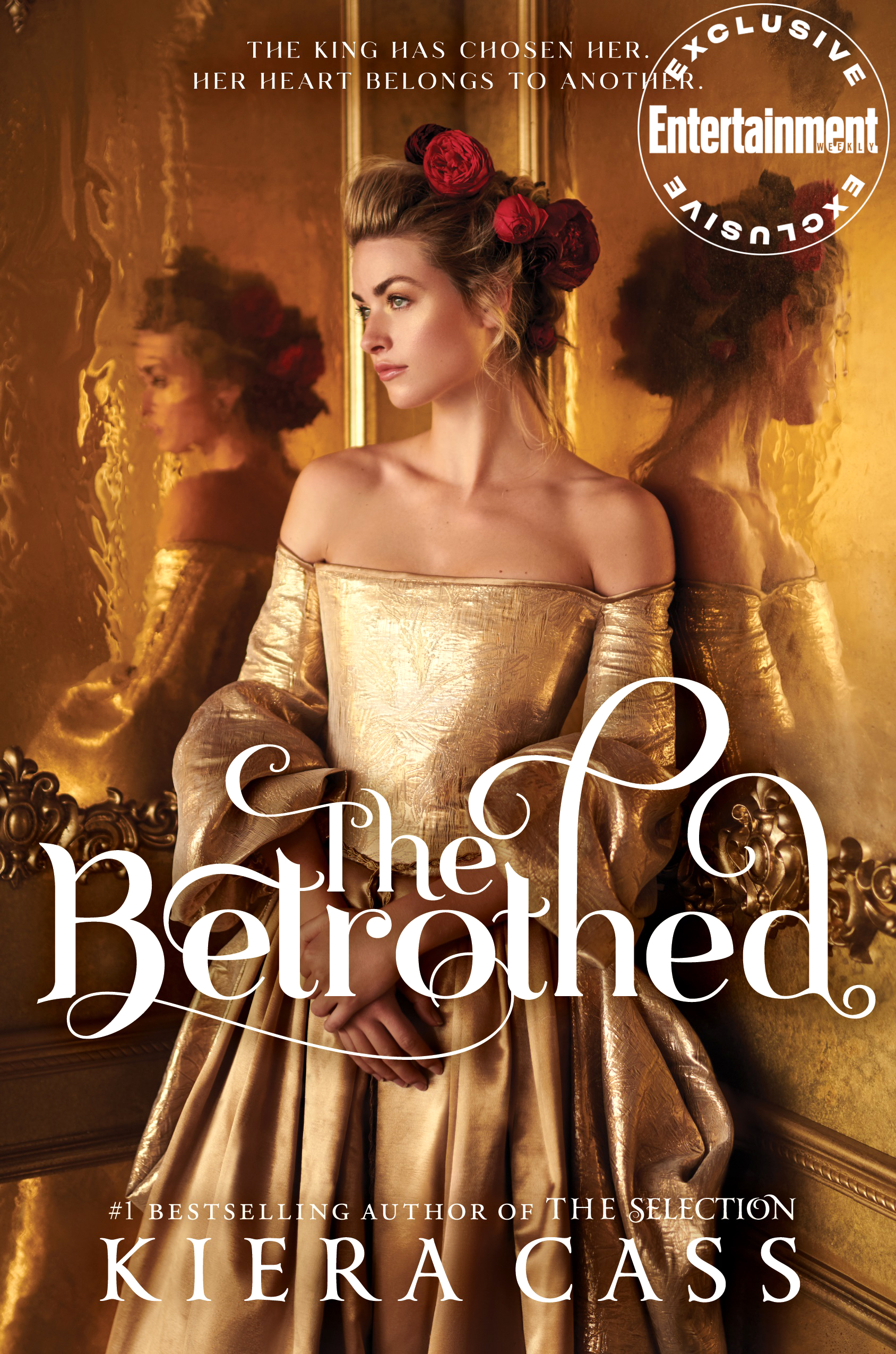 It was the time of year when the sunrise still had frost on it. But winter was fading, and the flowers were starting to bloom, and the promise of a new season filled me with anticipation.

“I’ve been dreaming of spring,” I sighed, staring out the window at the birds sailing boldly across a backdrop of blue sky. Delia Grace tied the last of the laces of my gown in place and moved me over to the vanity.

“Me, too,” she replied. “Tournaments. Bonfires. Crowning Day is on the horizon.”

Her tone implied I should be more excited than the average girl, but I still had my reservations. “I suppose.”

I could feel her exasperation in the movement of her hands. “Hollis, you will undoubtedly be His Majesty’s partner and escort for the festivities! I don’t know how you can be so calm.”

“Thank the stars we have the king’s attention this year,” I said, keeping my tone light as she braided back the front pieces of my hair, “or it would be as dull as a tomb here.”

“You say that as if your courtship were a game,” she commented, sounding surprised.

“It is a game,” I insisted. “He’ll move along soon enough, so we need to enjoy this while we can.”

I watched Delia Grace chewing her lips in the mirror, not looking up from her task.

“Is something wrong?” I asked.

She quickly perked up, lifting her lips into a smile. “Not a thing. Just perplexed by your casual attitude toward the king. I think there’s more to his attentions than you’re seeing.”

I looked down, thrumming my fingers across the table of the vanity. I liked Jameson. I’d be mad not to. He was handsome and wealthy and, for goodness’ sake, the king. He was also a fair dancer and most entertaining to be around, as long as he was in good spirits. But I was no fool. I’d watched him flit from girl to girl over the last several months. There had been at least seven, including me—and that was just counting the ones everyone at court knew about. I’d enjoy this for as long as I could and then accept whatever lump of a person my parents chose for me. At least I’d have these days to look back upon when I was a bored old lady.

“He’s still young,” I finally replied. “I don’t see him settling down with anyone until he gets through a few more years on the throne. Besides, I’m sure he’s expected to marry for political advantage. I can’t offer much there.”

There was a knock at the door, and Delia Grace went to answer it, disappointment on her face. I could tell she really thought I stood a chance, and I instantly felt guilty for being so difficult. In our decade of friendship, we’d always supported one another, but it was different these days.

As ladies at court, our families had maids. But the highest-ranking noblewomen and royalty? They had ladies-in-waiting. More than servants, your ladies were your confidantes, your attendants, your escorts . . . they were everything. Delia Grace was stepping into a role that didn’t exist for me yet, convinced that, at any moment, it would.

She returned with a letter in her hand and a glint in her eye. “There’s a royal seal on this,” she teased, flipping the paper over in her hand. “But, since we don’t care how the king feels about you, I suppose there’s no urgency to open it.”

“Let me see.” I stood and held a hand out, but she quickly retracted the letter, a smirk on her face. “Delia Grace, you wicked girl, give it to me!” She took a step back, and in a split second I was in pursuit, chasing her around my apartments, squealing with laughter. I managed to corner her twice, but she was always faster than I was, and wriggled out of the spaces before I could get ahold of her. I was nearly breathless from running and laughing when I finally caught her around the waist. She held the letter out as far as she could. I might have managed to wrestle it back from her, but as I was stretching upward, my mother burst in through the doors that attached my rooms to hers.

“Hollis Brite, have you lost your senses?!” she scolded.

Delia Grace and I pulled apart, placing our hands behind our backs and curtsying quickly.

“I could hear you girls shouting like animals through the walls. How can we hope to have a suitor matched with you if you insist on behaving like this?”

I dared to peek up at her. She was standing there with the same exasperated expression plastered to her face she usually wore when speaking with me.

“The Copeland girl got engaged only last week, and the Devauxes are in talks now as well. Yet you’re still acting like a child.”

I swallowed, but Delia Grace had never been one to stay silent. “Don’t you think it’s a little premature to pair Hollis with someone else? She has as good a chance as anyone at winning the king’s heart.”

My mother did her best to suppress her condescending smile. “We all know that the king’s eye is prone to wander. And Hollis isn’t quite queen material, wouldn’t you agree?” she asked with a sharply raised eyebrow, daring us to think otherwise. “Besides,” she added, “are you really in a position to talk about anyone’s potential?”

“And there you have it,” Mother concluded. Having made her disappointment with us clear, she turned on her heel and left.

I sighed, turning to Delia Grace. “Sorry about her.”

“It’s nothing I haven’t heard before,” she admitted, finally handing over the letter. “And I’m sorry, too. I didn’t mean to get you into trouble.”

I took it from her and cracked the seal. “No matter. If it wasn’t this, it’d be something else.” She made a face that said I was right, and I went to reading the note. “Oh dear,” I said, patting at my loose hair. “I might need your help pulling this back again.”

I smiled over at her, waving the letter like a flag in the breeze. “Because His Majesty requires our presence on the river today.”

“How many people do you think will be there?” I asked.

“Who knows? He does enjoy having a crowd around him.”

I pursed my lips. “True. I’d like to have him to myself just once.”

“Says the girl who insists this is all just a game.”

I looked over at her, sharing a smile. That Delia Grace, she always seemed to know more than I ever wanted to admit to.

We rounded the hallway and saw that the doors were already open, welcoming the new spring sun. My heartbeat picked up when I saw the red robe trimmed in ermine draped across the back of a slim but sturdy figure at the end of the walkway. Though he wasn’t facing me, his mere presence was enough to fill the air with a warm tickling feeling.

I fell into a deep curtsy. “Your Majesty.”

And I watched as a pair of glossy black shoes turned to face me.