Antwoord op al je Once Upon A Time vragen 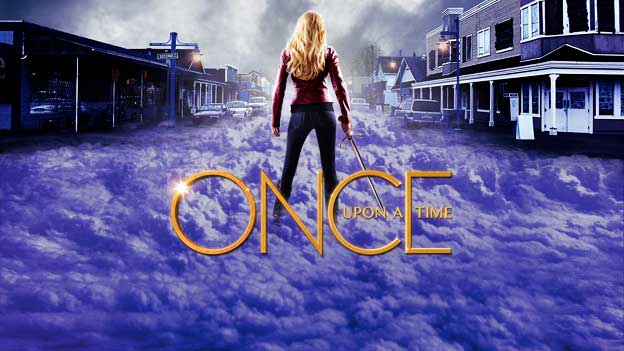 Did Emma (Jennifer Morrison) cast the curse herself?
EDWARD KITSIS AND ADAM HOROWITZ: Can’t say.
Is there any meaning behind Emma’s house number 710?
KITSIS: Yes. By the way, the meaning behind it is it’s the Grateful Dead House on Haight Ashbury, which is really for me and Josh Dallas. The rest of our fans don’t care about the Grateful Dead. Every once in a while, we’ll stick in an Easter egg just for us, so I don’t want our fans to start combing through what 710 means. If they’re interested, I would say start with “American Beauty” and then get some bootlegs.
Does Emma have a heart in her body at the moment?
HOROWITZ: Yes.
Will we see who put the sword back in the stone?
HOROWITZ: Yes.
Is there a chance Guinevere (Joana Metrass) is pulling Arthur’s (Liam Garrigan) strings and orchestrating all of this?
KITSIS: Can’t say.
Will Arthur show any remorse for his actions?
HOROWITZ: Yes. 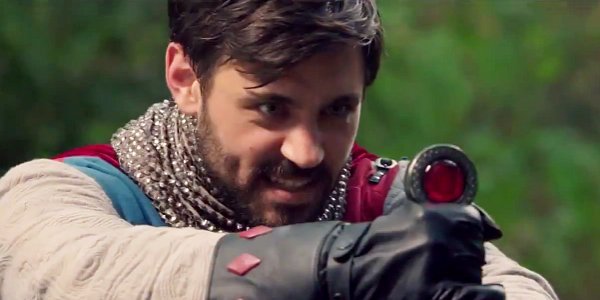 Did Cora (Barbara Hershey) lie about killing Lancelot (Sinqua Walls)?
KITSIS: Yes.
Does Lancelot’s return cause a divide between Snow (Ginnifer Goodwin) and Charming (Josh Dallas)?
KITSIS: Abso-f—ing-lutely.
Will baby Neal ever exhibit magic?
KITSIS: Only if we get to season 10. I don’t even think he’s crawling yet.
So far, Dark Swan has talked to Henry (Jared Gilmore), Regina (Lana Parrilla), Hook (Colin O’Donoghue) and the dwarves. Will she talk to Snow/Charming soon?
HOROWITZ: Yes.
Snow and Charming are standing up for their daughter now, but is there a line she could cross that would change that?
KITSIS: Sure. 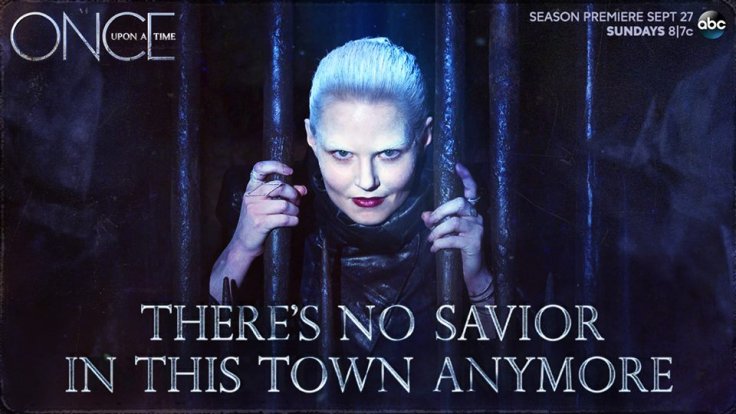 Will Hook being able to take a heart be revisited this season?
HOROWITZ: Yes.
Is Hook’s father (Adam Croasdell) alive in present day?
HOROWITZ: Can’t say.
Are the symbols on Hook’s ring a clue to his past?
KITSIS: Yes.
Will we get to see Hook’s brother Liam again?
KITSIS: Yes.
Will Regina and Henry do a mother-son operational team up in their efforts to bring Emma back to herself?
KITSIS: I think so. I think they’re already in on it.
HOROWITZ: There is certainly mother-son action to come between Regina and Henry.
KITSIS: The question I would’ve asked is: Is there any Emma-Henry team-up, but no one asked that, so I won’t answer.
Will Emma also use love as a weapon on Henry?
KITSIS: Absolutely.
Will we see Henry use his Author abilities before the season finale?
HOROWITZ: Can’t say.
Will Dark Swan have something to say about Henry and Violet (Olivia Steele-Falconer)?
HOROWITZ: Yes.
Will Regina’s belief in Emma play a big part later?
KITSIS: Yes.
HOROWITZ: Absolutely. 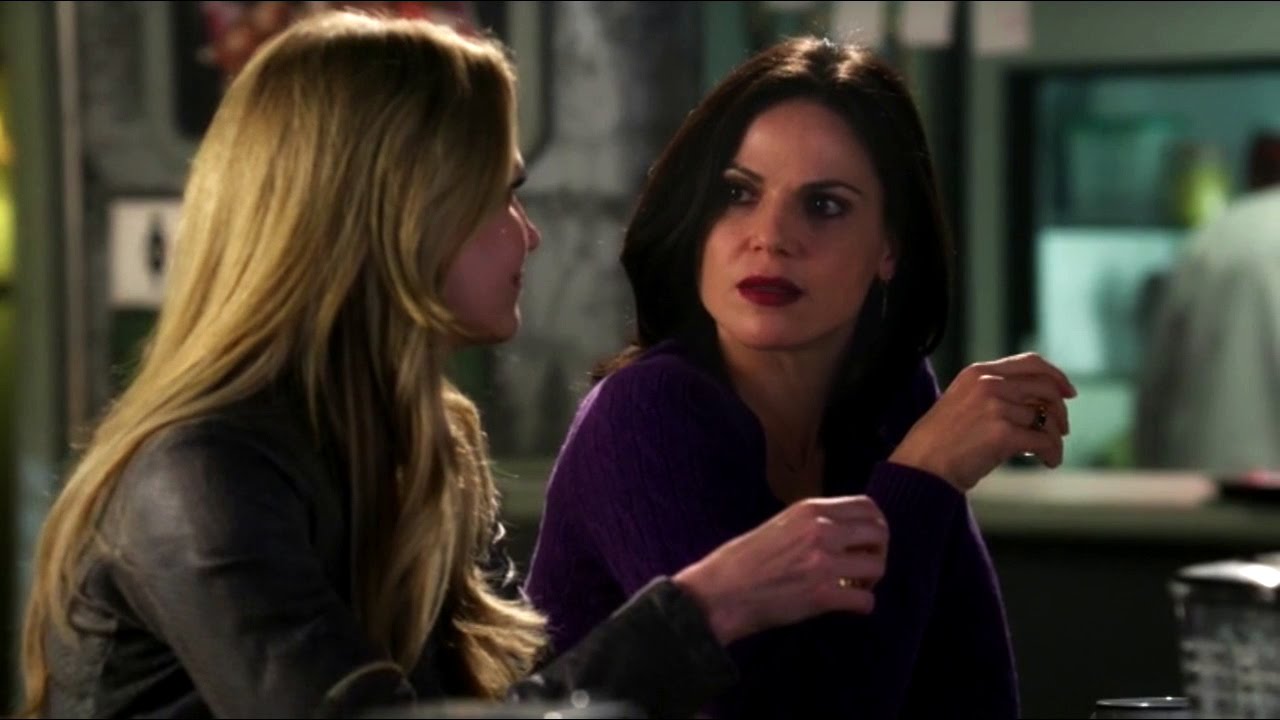 Will we ever see Robin Hood’s (Sean Maguire) backstory and the dark side that we’ve heard so much about?
KITSIS: Second half of the season, absolutely.
Will Zelena’s (Rebecca Mader) baby be born in another realm?
HOROWITZ: Can’t say.
Will we see Belle (Emilie de Ravin) confront Regina over taking her heart?
KITSIS: She is unaware that it happened.
HOROWITZ: In the immediate future, no, but never say never.
KITSIS: Someday, yeah.
HOROWITZ: She certainly wouldn’t be happy about it.
Will we see Belle’s mother (Frances O’Connor) again?
HOROWITZ: Not immediately, but hopefully at some point.
Now that Gold (Robert Carlyle) has a white heart, any chance of having Henry and Rumple’s relationship develop?
KITSIS: There’s always a chance.
HOROWITZ: He’s quite the grandpa.
Could Gold be the new savior?
KITSIS: Can’t say.
Will Rumple have any kind of magic?
HOROWITZ: No.
Any chance to actually see Rumple’s mother?
KITSIS: There is a chance.
Are you going to incorporate a Rumple Bumple?
KITSIS: To be determined.
Has the Blue Fairy (Keegan Connor-Tracy) met Merlin (Elliot Knight) in the past?
KITSIS: She said last year no one has heard from him.
HOROWITZ: She has heard of him.
KITSIS: She referred to him as the Sorcerer last year, not as Merlin.
HOROWITZ: In an upcoming episode, it should be quite clear why no one has heard from him and why she hasn’t met him.
Are Aurora (Sarah Bolger) and Phillip (Julian Morris) also returning?
KITSIS: Hopefully.
HOROWITZ: We love Aurora and Philip.
While Emma is evil, will we see her interact with Lily (Agnes Bruckner) at all?
KITSIS: No.
HOROWITZ: Not in the first half of the season.
Is August (Eion Bailey) aware that Emma is the Dark One?
HOROWITZ: He is aware, but he’s right now busy writing on his typewriter in Geppetto’s garage. We love Eion, we love August. He’s not quite part of the first half of the season adventure, but we want to have him back when the story is appropriate. We can just assume that, right now, he’s a very interested party on the sidelines. 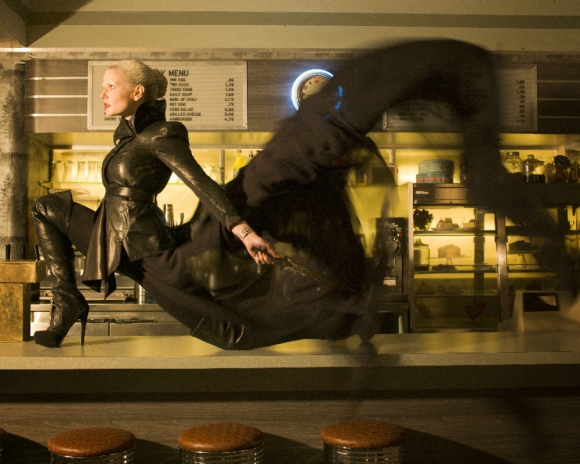 You defined the second half of the season as hell at NYCC. Does this mean you’re introducing the underworld mythology?
HOROWITZ: Can’t say.
Since David Anders is returning, can we hope to see Rose McIver back as Tink someday?
KITSIS: You know what, we absolutely can hope. We just saw her in Vancouver. We’re trying to figure it out. We want her back, she wants to come back. She has a hectic schedule, but we’re going to do our best.
HOROWITZ: We’re going to try to make it happen.
KITSIS: It’ll be the second half of the season, but we’re absolutely trying.
HOROWITZ: Hopefully the stars will align and she can return, because we all want it to happen.
Will there be a wedding this season?
KITSIS: Can’t say.
HOROWITZ: I mean, we’d love to say, but we can’t.
Any chance we’ll see Barbara Hershey or Rose McGowan as Cora again this season?
HOROWITZ: Again, we’d love to say, but we can’t.
Will there be more death this season?
KITSIS: Absolutely. People die. 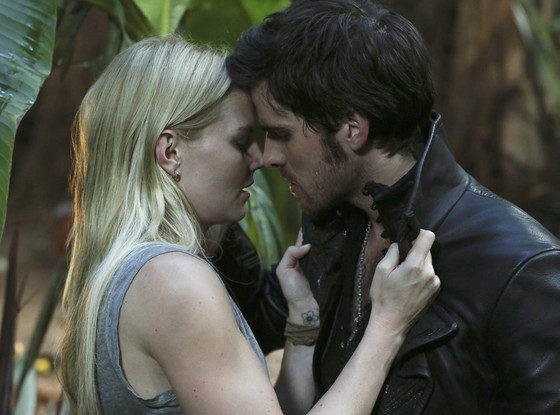