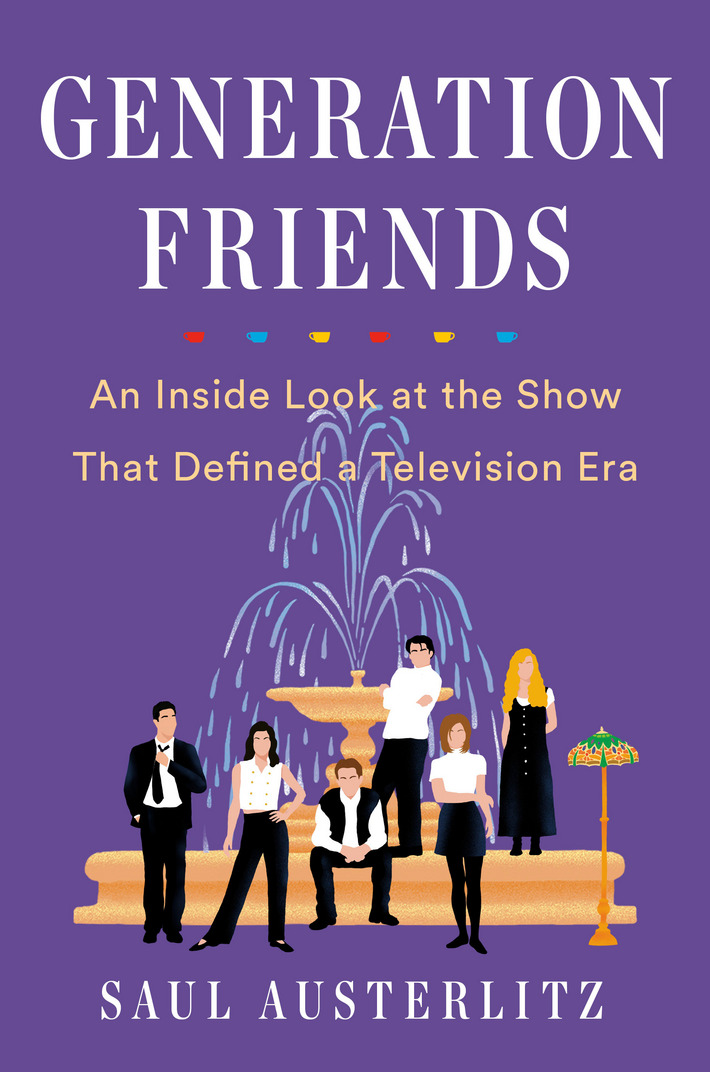 THE ONE WITH A MELTING POT

The show only had eight weeks to find its cast—and preferably one as diverse as its New York City setting.

The producers expressed a desire to be open about race and ethnicity as well. They knew that the Ross and Monica characters were to be siblings, and had decided that they would be played by white performers, but were open to anyone for the other four roles. [Ellie] Kanner’s initial lists included numerous African-American and Asian-American performers. The flexibility was a step forward, to be sure, but some of Friends‘ later struggles regarding diversity were etched in stone here. Without an explicit desire to cast actors who looked more like New York, the producers were likely going to end up, as if by default, with an all-white cast. As later critics would note, comedy was a less integrated genre than drama. Dramatic series had room for a greater variety of characters, and their settings— hospitals, precinct houses, courtrooms—allowed for characters from different walks of life to interact. Comedy expected its audiences to embrace its characters and was far more tentative about asking them to identify with characters who were not white and middle-class. Television executives were more fearful of asking audiences to laugh along with characters of color, concerned that such shows would be ignored by the majority-white audience.

THE ONE WITH A DIFFERENT MONICA

Reality Bites star Janeane Garofalo was offered the role of a much harder-edged Monica.

Monica was to be “tough, defended, cynical, sarcastic.” In an ultra- nineties reference, they described her as having “the attitude of Sandra Bernhard or Rosie O’Donnell and the looks of Duff,” referring to the MTV VJ and model Karen Duffy. Monica, in this original conception, was to be a blue-collar New Yorker with aspirations of starting her own restaurant. She would work at a Le Cirque-like establishment: “We just think it would be fun to see this tough, downtown woman in this uptown, French bulls— arena.” Monica would also have a “real maternal side,” looking after Rachel and adopting a pregnant woman who would end up giving birth in her apartment. Monica dreamed of becoming a mother but first found herself in search of a man to have children with.

THE ONE WITH THE CHARACTER WHO NEVER WAS

The six friends almost had a seventh comrade.

NBC was mostly hands-off after ordering [Marta] Kauffman and [David] Crane’s pilot, with their notes running to such minor matters as the beige-toned color of the couch in the coffeehouse. (They preferred a less repellent shade.) The one major suggestion the network had for Crane and Kauffman was the addition of an older secondary character. NBC was concerned that if all the main characters were in their twenties, it would distinctly limit the series’ breakout appeal. An older character—even one that made only occasional appearances—could convince hesitant older viewers to check in with Friends Like Us. Perhaps, the network thought, there might be an older acquaintance they ran into at the coffeehouse who could give them advice about their lives?

It was a poor idea, and while it would not sink the show, it would undoubtedly weaken its spell. Kauffman and Crane reluctantly agreed, and began trying to wedge the character, whom they referred to as “Pat the Cop,” after an older police officer who used to hang out in the movie theater where Dream On writers Jeff Greenstein and Jeff Strauss used to work in Somerville, Massachusetts, during college, into their next script. The writers made a good-faith attempt, even casting the role, but hated the resulting script so much that they pleaded with NBC to drop the idea. If only NBC would kill Pat the Cop, they promised, they would give their six protagonists parents in notable supporting roles, and find older guest stars to attract a more mature audience. NBC gave its permission, and Pat the Cop was no longer.

THE ONE WHERE JOEY WAS FROM CHICAGO

Matt LeBlanc’s character was originally written as a “smug” lothario from Illinois.

Crane and Kauffman initially pictured Joey and Monica as the central romantic couple for the show. Joey, the perpetual horndog, would be lured, and possibly tamed, by the warm, affectionate Monica. In this initial version, Joey was less dim-witted than he would eventually become, with an emphasis on his ladies’-man style and his city-boy attitude. Initially, the casting search was for more of a leading-man type. Crane was taken aback to find that this approach led Joey to feel more boring than they had expected him to be. None of the actors they brought in to audition conveyed the charm they had in mind. As it stood, Joey felt as if he did not belong in this particular circle of friends.

THE ONE WITH THE CASTING CONFLICT

The team wanted Jennifer Aniston for the role of Rachel but she had already shot several episodes of an unaired CBS comedy, Muddling Through. If the CBS series was picked up, Friends would lose Aniston midway through its first season.

Muddling Through had already shot a half-dozen episodes, none of which had aired, and CBS, after some dithering, ultimately chose to put the show on its summer schedule, in the relative dead zone of Saturday nights. Hearing the news, [Warren] Littlefield turned to [Preston] Beckman, NBC’s scheduling guru, with a two-word order: “Kill it.”

Beckman returned with a crafty suggestion for eliminating Muddling Through‘s prospects. Beckman was sitting on a trove of unreleased original TV films adapted from Danielle Steel novels. They were practically guaranteed to attract a substantial, and substantially female, audience. If they were to be scheduled opposite Muddling Through? Well, no show about an ex-con motel manager and her daffy family was likely to provide stiff competition for Steel’s glamorous romances.

Beckman would schedule the Steel movies for the first few Saturday nights Muddling Through was on the air, with repeats scheduled for the weeks that followed. It was a necessary sacrifice, giving up some of the ratings the movies might have garnered on another, more attractive, night in exchange for eliminating a rival to potential future Thursday-night success.